It’s the prime season- summertime!  If you haven’t made your vacation plans now is the time to do it.

The Adirondacks in New York State attracts vacationers from all over the US but also, Canada, Europe, Scandinavia, the Mid – East, Northern Africa, Central & South America.

What’s the draw?  Maybe it is the 6 million acres of untouched and unspoiled environment, over a thousand  crystal clear lakes,  gorgeous mountain views, with some of the highest peaks in New York near Saranac & Lake Placid,  Blue Mt. Lake and Indian Lake.  Deemed “forever wild” the Adirondacks is one of, if not the largest, National Parks in the country.

Maybe it is the wildlife which amazes vacationers in there natural habitat.  Dozens of species of bird: including the iconic Loon & Osprey, deer, moose, black bear, coyote, bobcat, coy dog, otter, beaver, hawk or the endless number of steams and  lakes stocked with hundreds of species of fish.

Maybe its how much fun you can have sharing this precious space with nature.  Canoe, kayak, go white water rafting, rent a pontoon boat, water ski, wind surf, horseback ride, take a seaplane ride, hike, mt bike, spend time on a beach (that’s right I said beach, almost every lake has one and that means swimming in some of the freshest water that streamed down the mountain after the big winter melt offs), golf, jet ski, and fish, fish, fish.

Maybe it’s the history.  Learn about W. Durant and how he built the Great Camps in the 1800’s,  go to Sagamore and especially the Adirondack Museum in Blue Mt Lake.  A world class facility that you can literally spend two days in learning about how the railroad barons built the camps for their summer guests.   Did you know that Prospect Point in Blue Mt Lake had the first hotel in the world with electricity?!  A 300 room facility with spectacular lake views.

Maybe it’s the designer shopping in Lake Placid or the 1980 Olympic Center.  The Wild Center in Tupper Lake an interactive,  naturalist museum educating adults and children alike about the indigenous wildlife of the central Adirondacks.  Or the Arts and Cultural Center in Blue Mt Lake.   Or taking a Dinner Cruise on Raquette Lake.  Going to the Enchanted Forest, an amusement and water park in Old Forge.

In a brief interview with Lenny Baglieri a hotelier in Blue Mt Lake, owner of Blue Mt Rest, kind of summed it up. “In the five and a half  years we have been operating I’ve had clients come from:  Denmark, Finland, Holland, England, Germany, Spain, Italy, a country in the Slovac region which was once part of Yugoslavia, Israel, Puerto Rico,  Ecuador, Peru, Brazil, Panama, Mexico,  Dominican Republic, Canada,  Japan and India.  That’s just one’s I can remember off the top of my head in addition to all the Americans that come from all over the US.  It’s a wonderful place to bring your family”.

It certainly is an international destination, don’t hesitate to reserve a room today because before you know it the summer will be over.

The Thanksgiving holiday is right around the corner and for some, that means spending time with the family, cooking turkey, stuffing, and all the fixings. This holiday can be a great deal of work and add tremendous stress to life. However, it doesn’t need to be this way when you know about Blue Mountain Rest. […] 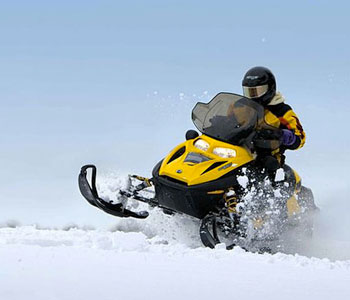 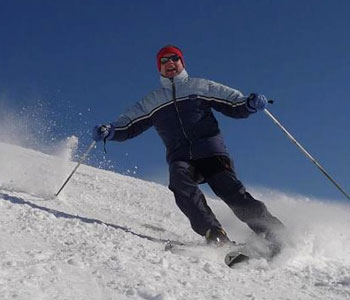